We could provide settlement services for low carbon heat 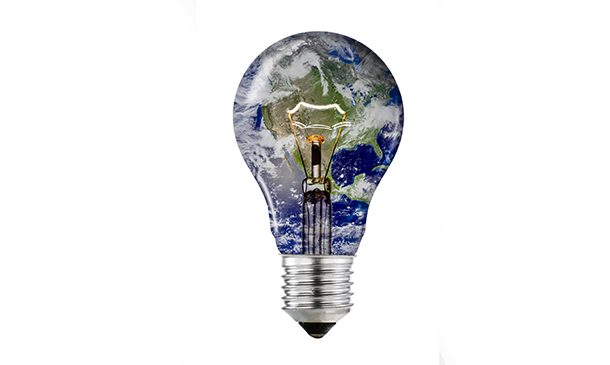 In this Elexon Insight Thomas Demetriades, Strategy Analyst, discusses the potential for more heat networks to be developed in Britain, and the support that Elexon could offer towards this.

Findings of the Net Zero report

Earlier this month the Committee on Climate Change (CCC), an independent statutory body established under the Climate Change Act 2008, underlined how much work the UK has to do to reduce carbon emissions.

In its report, Net Zero: The UK’s contribution to stopping global warming, the CCC stated that around 30 per cent of our electricity came from renewables in 2018, and in the past few years installation of solar capacity has outstripped most credible scenarios.

However the CCC’s report makes it clear that the UK’s current policies to tackle the impact of climate change are not enough, even to ensure that the UK can reach existing emissions reduction targets.

The challenge to decarbonise heat

Decarbonising heat would undoubtedly be a huge leap towards achieving the set targets. It could be achieved through a variety technologies and solutions which include electrification of heating systems (by using heat pumps), greening gas networks (by blending natural gas with hydrogen and biogas) and using ‘district heating’ (through local heat networks).

When it comes to heat networks we would not have to start from the very beginning. Cities such as Sheffield and Nottingham operate their own heat networks, with the latter being the largest in the UK.

Around 5,000 homes and 100 businesses have been provided with heat and hot water through the Nottingham scheme for three decades. Some emerging local district heating projects are those in the areas of Bridgend, Wales Newcastle and Greater Manchester. However the UK is trailing some other European countries on the scale and size of heat networks. Copenhagen’s heat network supplies around one million residents with low carbon heat in 25 municipalities.

More than 60% of all Swedish homes and commercial buildings are heated by district heating. Amsterdam is already served by a heat network and has seen a continuous expansion of it with 5,000 new connections every year. This makes it the fastest growing heat network in Europe.

Elexon manages the electricity Balancing and Settlement Code (BSC) which makes sure that payments for imbalances in wholesale electricity supply and demand are settled accurately. We have attended a number of industry events on decarbonisation of heat over the past few months. It is clear to us that the energy sector and Government need to work together quickly and collaboratively, to develop policies that will encourage more progress on heat decarbonisation.

We have ideas and expertise to offer. In January 2019 we responded to the Government’s policy paper on heat networks. Some of the points we made included the following:

We believe that Government could apply the same competitive market model used for gas and electricity retail markets to heat networks to drive benefits for consumers, development of new technologies and cost reductions for heat decarbonisation. In the future, heat could be produced, transported and sold on a market price basis under contract similar to how electricity or gas is produced, transported and traded.

If Government enacted this, we are ready to offer our extensive expertise and experience in managing electricity Settlement to help achieve it. Applying the gas and electricity retail model to heat networks would require a body to administer the settlement of any imbalances between the amount of heat produced and the amount that is used.

We could take on this role as we already have 20 years’ experience in managing the BSC. We deliver this by offering ‘best in class’ customer service among energy code administrators.

To achieve decarbonisation of heat in the timescales anticipated, the Government, energy industry and other stakeholders will need to move quickly to put in place arrangements which can encourage more development of heat networks and technology which helps consumers reduce emissions from heating.

Clearly, in densely populated areas with a variety of heat users including homes, businesses and public buildings, heat networks can become a viable solution for further reductions in carbon emissions.  We want to offer our support, and our experience in managing electricity settlement puts us in a good position to do this.

Please let us know if you cannot access this information or need it in an alternative format.
[email protected]